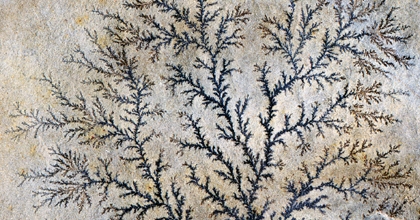 R.N. Elliott’s discovery of the Wave Principle fifty years ago was a major breakthrough in sociology. His observations reveal that social psychological dynamics create the same pattern of “waves” in aggregate stock price movement from the smallest to the largest degree of trend (see Figure 1). In fact, there is a new science, the science of fractals, indicating that much of nature is made up of the kind of patterns and relationships that Elliott recognized and described.

The modern pioneer in the concept is Benoit Mandelbrot, a former professor at Harvard, Yale and the Einstein College of Medicine, who wrote a book called The Fractal Geometry of Nature. It documents his discovery that many natural forms that scientists had assumed were disorderly are not. In looking at clouds, seacoasts and mountain ranges, for instance, the typical conclusion was that they were governed by no specific geometry. Mandelbrot said that that wasn’t true; they display a relational form that scientists hadn’t considered.

Here are some excerpts from a New York Times article of five months ago [December 1985] about Mandelbrot’s ideas on the way nature develops.

He has invented a new way of describing, calculating and thinking about shapes that are irregular and fragmented, jagged and broken up. A new geometry has emerged, and it turns out to be nature’s own…. The interesting feature of a lightning bolt’s path, for example, is not the straight line direction, but rather the distribution of its zigs and zags…. A new kind of symmetry has emerged, not of left to right or front to back, but of small scale patterns to patterns on larger and larger scales, the self similarity of a broccoli floret whose tiny bifurcations echo the branching of the stalk as a whole…. Oddly, the mathematical description of them seemed to apply just as well to very different problems, from fluctuating cotton prices since the 19th century to the rising and falling of the Nile River through two millenniums…. In unexpectedly orderly fashion, they have self similarity on different scales.

This description echoes Elliott’s observation that stock market movements trace out five waves in the direction of the one larger trend and three waves (or a variation thereof) against that trend at all degrees, or sizes, of trend, producing self similarity on different scales. Daily, hourly and shorter term charts all show the same patterns as do longer term charts. The article continues,

When you zoom in, looking closer and closer, the irregularities don’t smooth out. Rather, they tend to look exactly as irregular as before. Some of Mandelbrot’s fractal patterns looked indistinguishable from records of stock market prices. Economists needed to understand the heretical idea that prices don’t change in a smooth, continuous flow. [Why an idea that reflects reality may be labeled “heretical” is a question only for academia, not for those who deal intimately with markets. – Ed.] They can change abruptly in instantaneous jumps. And dam builders, reservoir builders, and risk insurers of all kinds needed to understand that traditional notions of probability were leading them to underestimate the likelihood of the rarest, most catastrophic events.

Similarly, Elliott recognized that big bear markets are no different in basic shape from short-term reactions. They are just of a larger scale and thus occur less often. They do not, however, occur less often relative to the scale of advances that precede them. A headline-making market “crash,” for instance, is merely a large version of what happens all the time on smaller scales. Likewise, bull markets and minor degree rallies have the same basic shape.

The same question applies to economics. Daily fluctuations are treated one way, while the great changes that bring prosperity or depression are thought to belong to a different order of things. In each case, Mandelbrot said, my attitude is: Let’s see what’s different from the point of view of geometry. What comes out all seems to fall on a continuum; the mechanisms don’t seem to be different.

Just to show one kind of structure produced by Mandelbrot’s ideas, Figure 2 presents a line that moves either up or sideways according to a formula employing a fractal dimension. Unfortunately, this particular computer-generated illustration does not include declines, which would have made it look even more like a chart of financial market prices.

Figure 3, though it looks substantially different, brings us nearer to another of R.N. Elliott’s revolutionary observations. It shows a computer generated snowflake. In this example, unlike Figure 2, the whole is a replica of its parts, from the largest size component to the next and the next. If your observations were to continue at smaller degrees, you would forever find the same shape. Figure 4 shows a computer generated tree. Notice that when you observe the smaller degrees, it continues to be the same picture, just like the snowflake. These pictures actually more closely reflect what R.N. Elliott said happens in the stock market. The smaller advancing and declining patterns depicted in the illustrative diagram of Figure 1 not only display discontinuity (i.e., size and frequency of internal trend reversals) to the same extent as the larger ones, but they also form component replicas of the larger patterns. The entire structure is based on one simple pattern. [The Wave Principle, like many of nature’s fractals (trees for example), is what The Wave Principle of Human Social Behavior identifies as a “robust fractal,” which is neither as infinitely indefinite as clouds and seacoasts nor as precisely repetitive as Figures 2 through 4 but rather a definite basic structure with infinite subordinate variability. – Ed.]

Although Elliott came to his conclusions fifty years before this new science blossomed, he went a great step further than current observers of natural processes. He explained not only that the progress of the market was fractal in nature but discovered and described the component patterns. He catalogued five specific simple pattern units that combine to compose the stock market’s behavior. These five patterns occur over and over, and a combination of them on a small degree will create one of those same shapes on the next larger degree, and so on.

The process, moreover, is not governed by mathematics that are applicable only in this case. As Elliott explained in his final unifying conclusion, the Fibonacci ratio (.618…, 1.618…) governs the number of waves which form in the movement of aggregate stock prices, in an expansion upon the underlying 5:3 relationship. The same ratio governs growth and decay processes found in nature and expanding and contracting phenomena found throughout the universe (see examples, Figure 5). Stock prices are the popular evaluation of productive enterprise, in other words, how people value their ability to produce. Thus, the form of the progress and regress of the valuation of mankind’s productive enterprise through history follows an expansion/contraction pattern that is typical of processes in nature that display patterned growth.

Whether specific component forms and governing ratios also exist for river meanders or seacoasts remains to be discovered, but I would contend that it is a possibility. For now, we must be content to contemplate the simple yet profound idea that on the whole, mankind’s progress through history, propelled by the natural ebb and flow of social mood, follows a grand fractal design governed by the Fibonacci ratio, the same ratio that governs patterns of growth and expansion found throughout the universe.■