[Ed.: This month’s From the Field submission is a letter from subscriber Cenk Sener of Turkey. In 2001, reports say, evidence emerged of an upcoming Turkish coup d’état attempt. The newly elected government took little action regarding the plot for over half a decade. Then in 2007 it suddenly launched a massive investigation and began making arrests. Many in Turkey and elsewhere believe the plot to be an invention or an exaggeration by the Turkish government and an excuse to jail dissidents.] 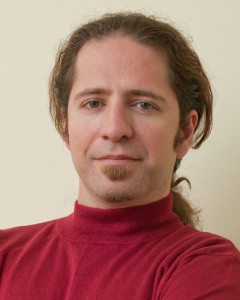 I’m Cenk Sener, a Turkish expat living in Ukraine, a devoted Elliottician and a subscriber to The Socionomist for some time. First, I want to state that I enjoyed Alan Hall’s recent article about authoritarianism in the April and May issues. It sparked an idea that I want to share with you.

First, some history: Since 2002, a party with Islamic roots has been in full power in Turkey for the first time in the republic’s history. This dramatic shift is explained using the socionomic approach: 1999-2001 was one of the deepest (if not the deepest) recessions of the last 30 years in Turkey. The incumbents (a coalition of three center left and right parties) lost the November 2002 elections and an alternative party was given the chance. The new party, only six months old at election time, won a landslide victory. Then as mood and markets rose, the new incumbent party was re-elected in July 2007 by an even bigger landslide than before.

But as mood began to diverge heading into the 2007 peak, the ruling party became intolerant of criticism. The summer of 2007 was actually a transition period from election victory to increasing criticism and rising polarization inside the nation. [Ed.: This is reminiscent of Nixon and Republicans’ experience up to and after the 1972 landslide victory in the United States.]

Hall’s article about authoritarianism mentioned two things that I observe in Turkey. First, there is now an increase in blocking the information flow. A wide internet ban has been implemented; even YouTube is forbidden. Also there is pressure on the media to support the ruling party.

There has also been an increase in court battles, which brings me to my main observation. The most famous lawsuit centers on an alleged coup d’état plotted by a group called Ergenekon. The government first heard about the plot during the positive mood of the early 2000s. Then it officially launched its investigation into the plot in 2007. Many people think the investigation to be an invention or exaggeration by the ruling party to silence opposition. The government suit accuses a wide spectrum of citizens, including soldiers, academics, opposition party leaders, journalists, writers and more. Habeas corpus has been suspended, and most of the accused are being held in prison during the trial without any charges. In fact, no one knows for sure whether the group called Ergenekon really exists.

After reading Hall’s paper, I wondered how the government’s mass arrests in this particular case compared to social mood as reflected in the Turkish stock market. I searched the Internet to find the dates of the biggest mass Ergenekon arrests (10 or more people) and marked them on the weekly chart of the ISE National 100 Index, which I have included in Figure 1.

These arrests follow the social barometer quite nicely. First, there were no arrests for almost the entire big bull market. Then near the peak of the mood, during a correction within a 5th wave of a multi-decade rise, which itself had a big divergence in the RSI to show waning optimism, the Ergenekon mass arrests began. The arrests picked up dramatically with the start of the bear market. Once the 17-month bear phase ended, so did the mass arrests. Only two occurred after the bull market started up again, and one of those was at the very beginning of the bull market, just after the bottom, while mood was still very negative.

Now with the possible return of the bear and the start of wave C down, Ergenekon arrests have started again, though not yet with the numbers we had before.

My forecast is that if social mood declines again as I project, the frequency and size of the mass Ergenekon arrests will increase again. Further, elections are scheduled for Turkey next year. If the social mood declines as I predict above, the current ruling party will lose. Of course, if before the election the regime transforms into either an open dictatorship or one with a democracy mask—like in Iran—then by the end of the big bear market, the regime will have to build many new prisons.

With my best regards and friendly greetings,

Cenk Sener received his B.S. degree in electronics and telecom engineering from the Istanbul Technical University. He is currently working as the technical director of the Ukraine branch office of a German IT company.

All contents copyright © 2023 Socionomics Institute. All rights reserved. Feel free to quote, cite or review, giving full credit. Typos and other such errors may be corrected after initial posting.