[Article] Economy: ‘Decoupling’ is Back 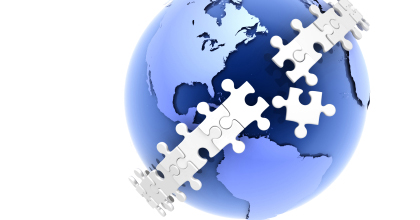 Investors are again pinning their hopes on “decoupling,” the idea that the world economy is immune to the United States’ financial troubles. This rationale enjoyed its previous heyday just before the 2007 global collapse of financial markets. In October of that year, a week before the DJIA high, MoneyWeek reported, “Asia’s economies and markets have now finally ‘decoupled’ from the US.”

At the recovery high in December 2007, the Organisation for Economic Co-operation and Development said that to a certain extent, Europe had “‘decoupled’ its growth from the US.” But upon the panicky 15 percent drop into January 2008, Forbes debunked decoupling and presented a more socionomic explanation:

Decoupling was the latest of the periodic ‘it’s different this time’ theories to sweep through the world’s financial markets … . The decoupling theory is lying in ruins … . The unpredictable element of coupling in all these forecasts is global investor psychology. It’s being driven [more] by sentiment than anything.1

The October 2008 issue of The Elliott Wave Financial Forecast chronicled the shockwaves that took Europe by surprise. By the March 2009 bottom, the decoupling idea was mostly ignored or disparaged by the media. In April, Treasurer of Australia Wayne Swan said, “Far from the Asian countries decoupling from the United States, they have been affected [at] lightning speed by the recession in the United States and other advanced economies.” That same month, Reuters said a prolonged U.S. recession was “likely to undermine the (decoupling) thesis and the
market rally.”

But what a difference a social mood recovery makes! On October 4, 2010, with the Dow up 70 percent off its major low, Bloomberg headlined decoupling’s resurrection: “Wall Street Sees World Economy Decoupling From U.S.” The article says, “Wall Street economists are reviving a bet that the global economy will withstand the U.S. slowdown.” And in a burst of optimism, the World Bank’s new book, The Day After Tomorrow, provides an excuse to buy “emerging market” stocks:

Developing nations aren’t only decoupling, they also are undergoing a “switchover” that will make them such locomotives for the world economy, they can help rescue advanced nations.1

Note that socionomics does not posit that one economy pushes around another, but rather that much of the world shares the same social mood—as well as a common financial fuel: credit, which expands and contracts with social mood.

The October 2010 Elliott Wave Financial Forecast concluded—as it did prior to the 2007 peak—that credit flows continue to bind world markets in near-lockstep. “The all-the-same-market principle remains in place … a major trend reversal that extends to all corners of the financial markets is very close.”

We will see how the forecast works out. In the meantime, it is interesting to watch how social mood regulates the popularity of the decoupling idea.