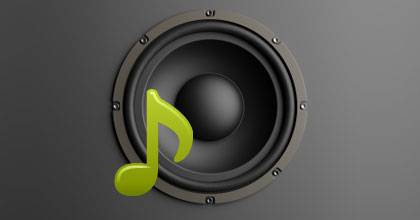 Indiana University Researchers Bollen and Mao to discuss their findings at the New Horizons Summit
Bollen and Mao both come from engineering backgrounds; they were eager to obtain quantitative information on public mood, plain and simple. They set out to use their unique data mining tools to test a new technology and analyze social mood: at first they gave no thought to stock market forecasting.

They both admit that they were shocked in the course of their research to discover that their mood data seems to predict changes in the market with 87.6 percent accuracy. They realized this challenged the traditional view that the economy affects social mood trends.

Bollen and Mao’s academic openness to the unexpected results of their research has led them to consider socionomic theory as a viable explanation for the correlations between Twitter mood and the stock market. They will discuss their work at the 2011 Socionomics Summit.

Listen to their interviews here, wherein Bollen and Mao both discuss their surprise at their experiment’s results and the need for more research to determine causality.

News outlets are welcome to use the audio clips above in their reporting.

Or read interview highlights from these two highly visible academics below:

Jill M. Noble: What did you originally expect to find from your data collection? Did you initially set out to challenge the Efficient Market Hypothesis and random walk theory?

Huina Mao: When we started research, we just tried to… chart the public mood. As you know we are both from informatics. Johan is from psychology. So we didn’t think to try and challenge Efficient Market Hypothesis.

Then we find socionomics, we find a bunch of research supporting these findings — [it] makes us feel very excited to conduct more research in this direction.

JMN: Bob Prechter, long ago, noticed that perhaps the Dow Jones Industrial Average and different stock market indicators can possibly indicate our optimism and pessimism primarily because it’s such a great record — such a well-kept data set.

Johan Bollen: Well, I mean, the scale of it: the number of investors and the speed at which they make decisions is tremendous. So you really have a good indicator of the public sentiment towards investing right there in the market.

The most surprising thing is that it’s apparently tied into pretty non-market-related shifts in the public mood — right? Because we’ve actually measured public mood states for all tweets. We haven’t actually limited that to those submitted by traders or anything like that.

JMN: I think that’s where we find the information so interesting — because the socionomic hypothesis puts forward the idea that it’s actually aggregate social mood, this sort of patterned collective psychology, that drives a lot of what happens in our… not only in the markets, but in…

JB: And we’ve come to believe that as well — I couldn’t agree more! The research compelled us because all the people thought it would be the news…. But I can definitely say that (Twitter mood) seems to predict the markets, and so that highly suggests some kind of causal mechanism that we don’t understand yet.

previous post [Article] How Picasso Profited from Social Mood
next post [Press] Driving in a Recession: It Could Save Your Life!
Back to top
mobile desktop