[Article] 2010: The Deadliest Drug War Year in Mexico So Far 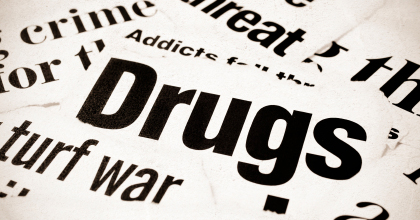 What’s next? In his landmark article, “The Coming Collapse of a Modern Prohibition,” which appeared in the July 2009 issue of The Socionomist, the Institute’s Euan Wilson drew parallels between the current war on drugs and the prohibition of alcohol in the U.S. during the 1920s and early 1930s. Wilson predicted that the current war would see increasing clashes over supply routes; those conflicts are indeed unfolding in Juarez and Mier now. Next, Wilson said, he expected Mexico’s drug war to spill over to the southern United States, where regions of California, Arizona, New Mexico and Texas will experience “the same violence that is now plaguing Mexican states.” This process has already started too, as we’ve reported on numerous occasions.

Wilson says that if mood declines again as forecast by Elliott Wave International, the carnage on both sides of the border will continue and worsen. Eventually, he forecasts, the U.S. public will tire of the kidnapping and bloodshed that accompany the war and demand that marijuana, the criminals’ lead product, be decriminalized. Legalization will undercut the cartels’ profits, advocates will argue, and by extension, bleed away their power.■