[Press] “You March Yourself Right Down To The Principal’s Office Young Man! …Hmmm, now what?”

GAINESVILLE, Ga. / July 8, 2011 — Spouses, taxpayers and students cheat, but who expected an epidemic of cheating-heart teachers and principals?? Researchers at the 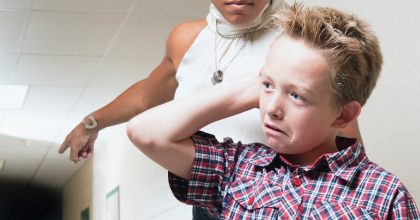 Socionomics Institute aren’t surprised by the trend. Their February 2011 report, “Back to the School of Hard Knocks?,” bore grim tidings for education and predicted coming scandals like the spectacular one now faced by Atlanta’s public schools and other schools across the country. Alan Hall, author of the February report, explains. “The anything-goes psychology that led to the Enron, Bernie Madoff and even the recent sub-prime sagas is shifting,” he says. In February, Hall forecasted that the shift would soon cause the broader educational system to “soon encounter spectacular challenges to [its] survival,” including “academic versions of the Madoff scandal.”

Note to media: The Institute’s February report features an in-depth analysis of several features of what it considers a “bubble” in U.S. higher education. For a copy of the research or to arrange an interview with Alan Hall, contact our media relations desk at media@socionomics.net, (470) 892-2049.

The Georgia-based Socionomics Institute analyzes cultural, economic and political trends as they relate to social mood. The Institute posits that the same mood that drives stocks and real estate also governs the “animal spirits” of the nation’s attitudes toward other social endeavors, including education.