“Near the end of Prohibition, the wave of violence in America jumped beyond the alcohol trade…. The nation became fascinated with the exploits of John Dillinger, Pretty Boy Floyd, Bonnie and Clyde, Baby Face Nelson and Ma Barker. Appropriately, the just-released [in 2009] film Public Enemies portrays Dillinger as an iconic antihero and revels in his outlaw status. This is further evidence of the current negative trend of social mood.”
—Euan Wilson, “The Coming Collapse of a Modern Prohibition,” The Socionomist, July 2009 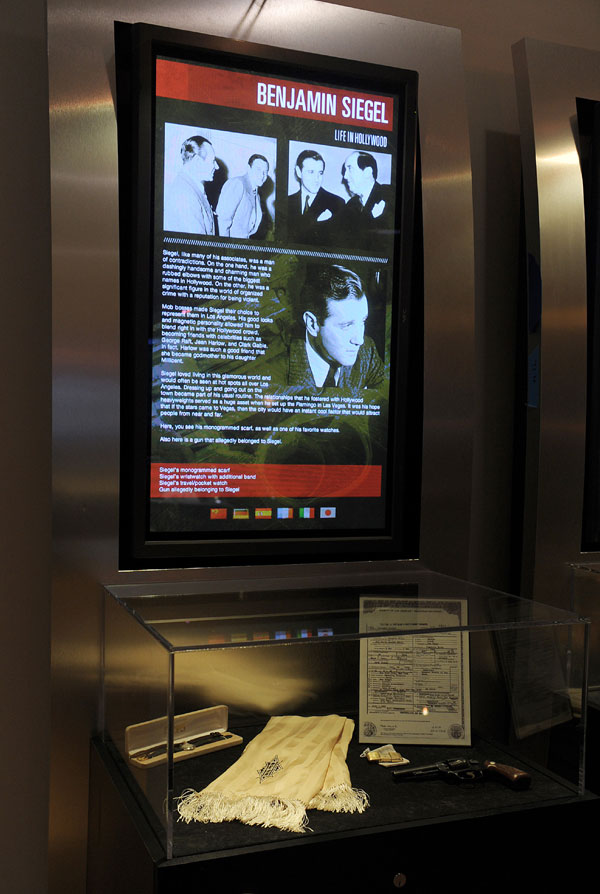 Mood is declining, as evidenced by the big bear market in force since 2000. Las Vegas is now touting and embracing its mob roots.

The Museum of Organized Crime and Law Enforcement, known as “The Mob Museum,” will be housed in a former federal courthouse and post office in Las Vegas. The Miami Herald reports that it is scheduled to open February 14, 2012 and will be a serious museum experience akin to the Rock and Roll Museum in Cleveland. The opening date is no accident. It is the anniversary of the infamous 1929 Valentine’s Day Massacre, a Chicago gangland mass murder allegedly ordered by Al Capone.

Earlier this year, the Tropicana Hotel launched its “Las Vegas Mob Experience.” As a visitor to the part-museum, part-theme-park, you pick a holographic image from a pool of Mafia-movie actors including James Caan and Mickey Rourke. The hologram serves as your guide. As you tour the exhibits, you wear a badge around your neck that records the choices you make at various decision points along the way—such as whether you help the fictional mob characters or help the police. The right choices get you “Mafioso” status; the wrong ones get you whacked.

Mark Galasiewski noted in the January 2007 issue of The Elliott Wave Theorist that popular fascination with Crime/Gangster films rises when mood plummets, as it did in the Great Depression when Hollywood produced such fare as Public Enemy (1931), I Am a Fugitive From a Chain Gang (1932) and Scarface: The Shame of the Nation (1932). Filmsite.org called the latter film “one of the boldest, most potent, raw and violently brutal gangster-crime films ever made.” Later, when the DJIA headed down again at the beginning of Cycle wave IV, interest in the genre resurged, and Hollywood obliged with such classics as Bonnie and Clyde (1967), The Godfather (1972), Serpico (1973) and The Godfather, Part II (1974).Prechter noted in The Wave Principle of Human Social Behavior that when social mood wanes, the public’s appetite shifts from heroes to antiheroes. This translates into an affinity for those striking out or back at society. The current trend should bode well for the mob museums of today.■

Dr. Elam is an assistant professor of accounting at Texas A&M University,San Antonio. He frequently writes about socionomics at http://www.themarketperspective.com/.

All contents copyright © 2023 Socionomics Institute. All rights reserved. Feel free to quote, cite or review, giving full credit. Typos and other such errors may be corrected after initial posting.