[Article] The Authoritarianism Battle: Governments Increase their Monitoring and Control of Citizens

The Massachusetts state government plans to create a database to track drivers’ movements via scanners mounted on police cruisers. Each scanner can read thousands of license plates per hour; Massachusetts’ database would store the information indefinitely. What worries Massachusetts’ anti-authoritarians is the state’s plans to store data on all citizens, not just criminals. The state’s civil libertarians are gearing up for a battle against what they refer to as “the Big Brother database.”1 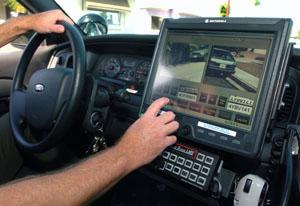 New laws in Alabama, Georgia and South Carolina tighten the screws on immigrants who lack papers. The laws force businesses to fire undocumented immigrants; they also enable local police to demand documents from anyone they regard as suspicious and to detain and arrest suspects without warrants.2 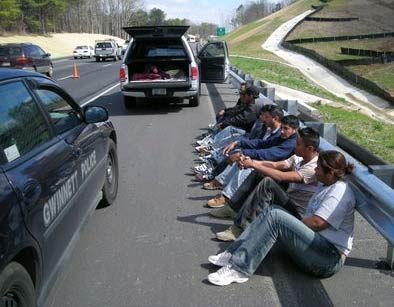 Eye on Immigrants: Following a traffic stop in Gwinnett County, Georgia, police detain 10 suspected illegal immigrants who were believed to be involved in a human-smuggling ring.

Gordon Frazer, head of Microsoft’s operations in the United Kingdom, admitted that data that the company stores in facilities in the European Union are not immune to United States’ Patriot-Act seizures. Microsoft is headquartered in the U.S. and therefore has to comply with the law, Frazer explained.3 The Patriot Act increased authorities’ power to monitor communications and search medical, financial and other records. The act was instituted in 2001 during a Cycle-degree social mood decline—in keeping with bear-market mood at the time.

San Francisco’s mass transit system blocked cell phone service at a number of transit stations in an attempt to thwart recent protests that were coordinated via social networks. The hacker group Anonymous then retaliated by posting contact information for more than 2,000 transit system customers.4 The hackers also posted online an embarrassing nude photo of the chief spokesman of Bay Area Rapid Transit, who had taken responsibility for the cell phone blackout.5

Author Alan Hall provides ten more instances of repression and surveillance around the globe – such as state-backed disappearances, Internet lockdowns, and indefinite detentions of prisoners – that will only worsen when smaller-degree social mood resumes its slide.