Government surveillance is burgeoning, entertainment is rife with violence, disruptive technology threatens education, and you won’t believe the bear-market sitcom that is making a comeback.

AUTHORITARIANISM
Chances Are, They Have a File on You

Wikileaks was about to post millions of classified emails this month, detailing U.S. surveillance of private citizens, when hordes of unknown cyber warriors attacked the site and disabled it for two weeks.

The about-to-be-leaked emails were from Stratfor and Trapwire, two firms partly staffed by former Central Intelligence Agency personnel and other government investigators.

What might be in those emails? Thomas Drake, former Senior Official with the National Security Agency, says the U.S. government is giving itself the power to gather lots of different information on every American citizen. Following the 9/11 attacks, the government created security agencies to monitor and control terrorism. But Drake says the kinds of information the agencies are gathering could be used in future prosecutions that are not terrorism-related.

Domestically, they’re putting together all the data about virtually every U.S. citizen in the country and assembling that information, building communities that you have relationships with, and knowledge about you; what your activities are; what you’re doing.1

The, what shall we say, pro-authoritarian hacking group AntiLeaks told a global online tech publication that the attacks against WikiLeaks will both continue and widen.2

It is not happening just in the U.S. In Britain, the tax collection department has also beefed up its surveillance of citizens—with kids. A story in The Telegraph says Her Majesty’s Revenue and Customs (HMRC) is encouraging school children in the United Kingdom to tell their teachers if they know of people “in their local area” who aren’t paying their fair share of taxes. 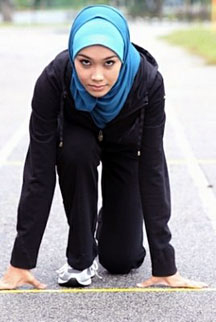 A First: Sarah Attar was one of two women who competed for Saudi Arabia. (Image source: The Washington Times)

For the first time in Olympic history, every country participating had at least one female athlete in the games. Yes, all 205 countries! Even Brunei, Qatar and Saudi Arabia sent female athletes (some required to wear head scarves while competing to comply with religious requirements) for the first time. Another first worth noting: the United States had more female competitors than males in the Games.

Two forces are at work here:  General social inclusion reflects a still ongoing large-scale positive social mood. At the same time, the influx of female Olympians also reflects that the rally in stocks from 2009 is part of a larger bear market, which commonly sees women vaulted into prominent positions.

Almost 17 years ago, in his December 1996 report, “Basketball and the Bull Market,” EWI’s Pete Kendall wrote: “According to the Wave Principle, we’ve been in a bull market at Grand Supercycle degree for more than 200 years, so it’s hard to imagine what a bear market sport would be like. We envision something along the lines of boxing, where it’s man against man. There is no ball to displace man’s natural aggression and no hoop to make us focus on any loftier ambition than survival.”5

In the years since Kendall penned those words, such a sport has arrived, and it is thriving.

Ultimate fighting is a “violent stew of jujitsu, wrestling and kicking in which the victor often makes his opponent ‘submit’ through holds that approach strangulation—it’s also one of the fastest-growing and most lucrative draws in entertainment,” according to Matthew G. Miller in an August 1 article for Bloomberg Markets Magazine. The UFC offers an extravaganza of hard knocks in which competitors most commonly win by “a knockout, a decision or by forcing an opponent to submit—when he either passes out or feels one of his bones is about to break,” Miller says. Miller writes that the sport made billionaires out of brothers Frank Fertitta III and Lorenzo Fertitta, who bought the Ultimate Fighting Championship (UFC) in 2001 when it was surrounded by negativity.6 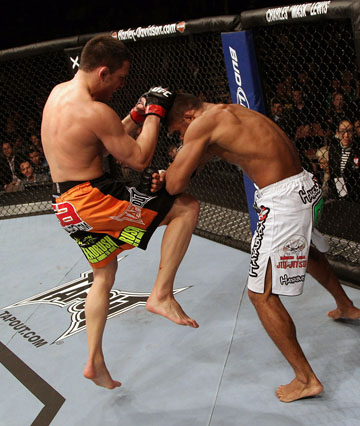 A Little Bit of Everything Violent: Ultimate fighters use kicking, punching and choking to force opponents into submission.

In the January 2003 issue of The Elliott Wave Financial Forecast, Kendall observed that most people at that time found ultimate fighting hard to watch. However, he pointed to “a growing core of supporters and participants” who described it as an “intense adrenaline rush.” Forecasting a lengthy period of negative mood, Kendall added, “In coming months, you will be surprised at how many of your neighbors end up watching the exciting agony of a savage beating.”7

Negative mood increases the popularity of violence on TV and in movies, too. This July, The New York Times published an article by Michael Cieply about Warner Brothers’ history of violent movies. The studio released such Depression-era classics as Little Caesar (1931), The Public Enemy (1931) and I Am a Fugitive From a Chain Gang (1932). When mood became negative again in the late 1960s and 1970s, the studio released Bonnie and Clyde (1967), The Wild Bunch (1969), A Clockwork Orange (1971) and the Dirty Harry series (1971-1988). Cieply said that in 1974, a writer for Variety speculated on Dirty Harry’s influence on a “string of brutal incidents involving the San Francisco police.” But he noted that Warner “forged on, through five films in its ‘Dirty Harry’ series … and five more in its overlapping ‘Lethal Weapon’ series [1987-1998].”8 Warner’s most recent violent release was the final film in the Batman trilogy, The Dark Knight Rises (2012), which earned $560 million as of August 3.9

In the April 2012 issue of The Socionomist, Alan Hall pointed to the success of HBO’s A Game of Thrones (2011), a “dark and grisly medieval tale of a society fragmenting into war,” and the movie The Hunger Games (2012), which earned more than $672 million worldwide.10 The Hunger Games inspired a surge in archery equipment sales, and according to Deadline Hollywood, archery ranges have been “overflowing with teens.” Archery was NBC’s top cable ratings winner during the 2012 Summer Olympics, averaging 1.5 million daytime viewers.11 And this fall, the CW Television Network will debut Arrow, a show about a vigilante who—you guessed it—carries a bow.12

The college grads are working the traditionally lower-paying jobs even as many of them are trying to pay off record U.S. education loans, the sum of which surpassed total U.S. credit card debt for the first time in June 2010.

Such hard times give higher education a black eye. In the March 2012 issue, Alan Hall noted that the issue of student debt had “burst into the nation’s conscience.” He cited Ezra Klein of The Washington Post, who found student loan debt to be a common concern among Occupy Wall Street protesters:

It’s more insistently present than housing debt, or even unemployment. … college debt represents a special sort of betrayal. We told you that the way to get ahead in America was to get educated. You did it. And now you find yourself … buried under debt. You were lied to.14

Meanwhile, the Internet is providing new, more cost-effective means to receive educational content. Examples include Massive Open Online Courses, which require no tuition and in some cases provide an informal credential.

“[Technological] breakthroughs tend to lower the costs of production and consumption of certain goods and services and enable entrepreneurs to capture business from old, less nimble providers,” Hall wrote. “Entire industries must adapt to survive; otherwise, they die. … Today’s technological breakthrough is the Internet, of course, which the July 1998 Theorist called ‘a massive engine for falling prices in countless businesses and professions.’ Education is no exception.”14

TELEVISION
Like It or Not, The Brady Bunch is Coming Back 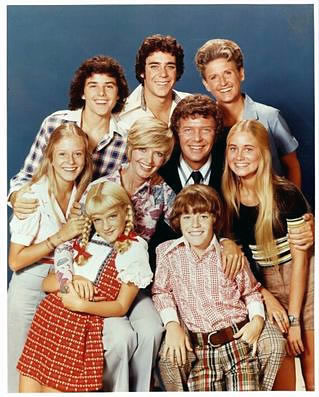 Bear Fare: The Bradys, who thrived in the negative mood of the early 1970s, are coming back to television.

Girls, watch out for itching powder in your sleeping bags at the next slumber party, because The Brady Bunch is coming back to network TV. The timing looks good; the original sitcom about the blended family aired from September 1969 to March 1974, in the heart of the 1966-1982 bear market. That long, excruciating blend of positive and negative social mood produced memorable social expressions. The syndicated reruns have been incessant, with an episode of the show broadcast somewhere every day since 1969.

The Brady Bunch reboot will air on CBS. It will focus on divorced dad Bobby Brady, the youngest son in the original series, whose second wife has children of her own. Together, the couple also have another child. And, to complicate matters a little more, Brady and his wife still have to deal with their ex-spouses.15 Seems like perfect bear market fare.

The original Brady Bunch debuted during a sour social mood and faltering stock market. The show never cracked the top 10 in Nielsen ratings. Yet the Bradys’ sunshiny sweetness held a surreal fascination for children growing up in that era when divorce became common and could rock a child’s faith in adult decision-making.■

3 Hall, A. (2010, May). Authoritarianism: Part II: The source of authoritarian expression, and the road ahead. The Socionomist.

8 Cieply, M. (2012, July 25). A studio with violence in its bones. The New York Times. Retrieved from http://www.nytimes.com/2012/07/26/movies/warner-brothers-and-its-decades-of-violent-films.html?pagewanted=all

14 Hall, A. (2012, March). The education industry is traversing a broad, multi-decade social mood peak. The Socionomist.