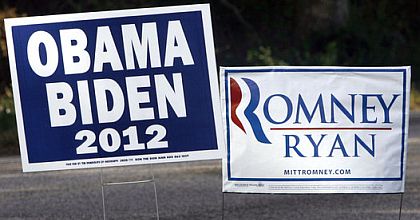 ATLANTA, Ga., November 8, 2012 — Pollsters spent tens of millions of dollars trying to predict who would win the 2012 presidential election. That’s a lot of money in any economy.

Suppose with just a few clicks of the calculator, with no special knowledge and without asking a single person how they planned to vote, you could have predicted the outcome of the 2012 election. A widely reported statistical study, posted last January on the Social Science Research Network, showed how to do it—merely by looking at the stock market.

“Social Mood, Stock Market Performance, and U.S. Presidential Elections” examined every U.S. presidential election involving an incumbent, all the way back to George Washington’s successful bid in 1792. Its authors concluded, “The stock market, which we consider to be a meter of social mood, is a far better predictor of incumbent elections than are GDP, inflation, unemployment or any combination of those indicators.”

The Dow Jones Industrial Average gained a whopping 35% in the three years leading up to Election Day, and in line with the study Obama’s Electoral College win was far bigger than most poll-watchers expected. “From an academic standpoint, we couldn’t be happier with the election results,” said Matt Lampert, the Socionomic Institute’s Research Fellow at the University of Cambridge and a co-author of the paper.

Many pundits had cited high levels of unemployment as a key factor working against Obama in the election. But in the end, it didn’t determine the outcome. What mattered was the nation’s mood, which was recorded first in the stock market and later in the voting booth.

So, should elections predictors forget spending millions of dollars and countless hours of work conducting polls? “At minimum, our paper shows that elections forecasters should add social mood to their predictive models,” said lead author Robert Prechter. “It’s not primarily the economy or unemployment figures. It’s how people feel about the guy in office. That’s what motivates swing voters, and that’s what our study covers.”

The paper has become one of SSRN’s three most-downloaded studies for 2012. It has been covered by Forbes, Yahoo, The Atlantic, The Washington Post, Barron’s, The Hill, CNN and NBC News, among others, and was just published in the academic journal, Sage Open.

For more information or to schedule an interview, please contact our media relations desk at media@socionomics.net, US: (470) 892-2049.

previous post [Mood Riffs] Up, Up and—What Happened?
next post [Social Mood Watch] The OTHER Election Result of Social Mood
Back to top
mobile desktop