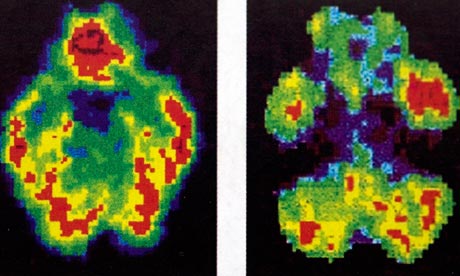 “[M]urderers’ brains showed what appeared to be a significant reduction in the development of the prefrontal cortex, ‘the executive function’ of the brain … ,” wrote the Guardian on May 11. A professor of neuroscience recently pointed out, “if you are a carrier of one particular set of genes, the probability that you will commit a violent crime is four times as high as it would be if you lacked those genes. You’re three times as likely to commit a robbery, five times as likely to commit aggravated assault, eight times as likely to be arrested for murder and 13 times as likely to be arrested for a sexual offence [Ed: Fibonacci emphasis added]. The overwhelming majority of prisoners carry these genes; 98.1% of death row inmates do … .”