[Mood Riffs] Even the Maestro is Shocked by Financial Crisis!! 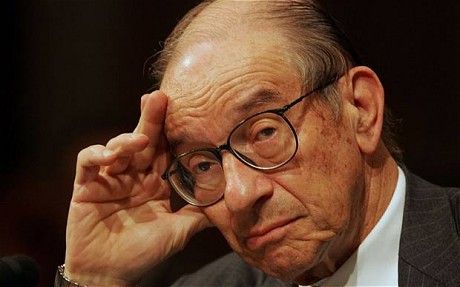 Former Chairman of the Fed Alan Greenspan, sometimes lauded as the Maestro, has released a new book that strikes back at critics who claim his chairmanship helped set up the dominoes of the 2008 crash. Greenspan, in response, says that “Fear and euphoria are dominant forces, and fear is many multiples the size of euphoria. Bubbles go up very slowly as euphoria builds. Then fear hits, and it comes down very sharply. When I started to look at that, I was sort of intellectually shocked. Contagion is the critical phenomenon which causes the thing to fall apart.”

In spite of all his years of experience and education, even Greenspan was still shocked by the market’s behavior, even with the lessons of the Great Depression available. So how did nearly every economist miss the 2008 crash? At Oxford, Cambridge and Trinity colleges, Robert Prechter explained what went wrong with conventional thinking. Click here to learn more >>