[Mood Riffs] The Shrinking Stature of the Fed 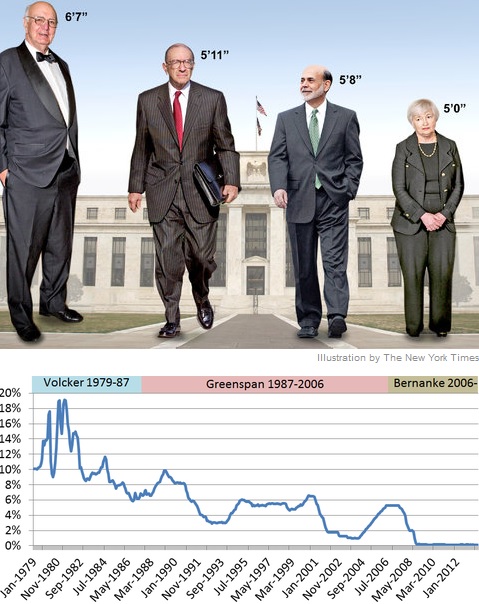 The New York Times Economix blog recently uncovered a uncanny correlation: Since 1979, the height of Federal Reserve chairmen have diminished along with the federal funds rate. Standing in at six feet seven inches, Paul Volcker led the Fed from 1979 to 1987 while the benchmark federal funds rate averaged 9%.  Recently, Janet Yellen has become the first woman and the shortest Fed chair ever at five feet. As she prepares to head the Fed, the benchmark rate has continued to shrink toward zero along with the public’s belief in the Fed’s potency.

Laughter aside, socionomists know that the real governor of the Federal Reserve is social mood. Click here to find out how funny it can get >>