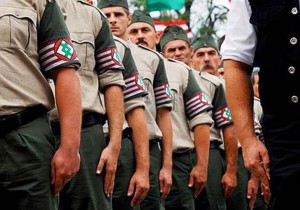 Russian President Vladimir Putin is strengthening his country’s relationships with far-right groups in Europe, according to a March 25 article in Foreign Affairs magazine. The groups include France’s extreme-right National Front, which wants to ditch the European Union; Greece’s neo-Nazi Golden Dawn; Bulgaria’s Ataka party, which wants to join Russia; and Hungary’s Jobbik party, which fears “Israeli ‘colonization’ of Hungary.”

Far-right movements are driven by negative social mood. To learn more about social mood’s influence on society, click here to check out our flagship publication, The Socionomist.