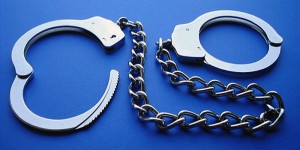 The Salvation Army says it has served more than 1,800 victims of human trafficking in England and Wales since 2011. An October 13 BBC article says 42% of the cases involved forced labor, 38% involved sexual exploitation and 10% involved domestic servitude. Last month, the United Kingdom’s National Crime Agency reported a 22% increase in the number of suspected human trafficking victims between 2012 and 2013.

What’s the connection between modern-day slavery and social mood? Click here to find out more.