[Article] “The World May See an Even Darker Side of Putin” 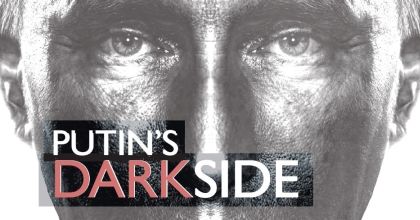 By Alan Hall | Excerpted from the November 2014 Socionomist

In the years since, news from Russia has described increasing loss of press freedoms, stifled political protests, military aggression against Ukraine, increasing belligerence toward the West, economic sanctions, trade restrictions and authoritarianism.

In this November 2014 update to his original study, Hall reviews authoritarian actions by Vladimir Putin that reveal his darker side, such as his human rights offenses, cyberespionage efforts, international airspace violations and nuclear weapon developments.

On September 29, The New York Times reported that Putin shifted state money into a private bank in a move that made his loyalists into billionaires. Putin’s domestic and international surveillance machine is running at high capacity. In April 2014, The World Policy Institute said, “Over the last two years, the Kremlin has transformed Russia into a surveillance state—at a level that would have made the Soviet KGB envious.” Czech intelligence reported that Russian spies are increasingly active across Europe. Russian agents kidnapped an Estonian official, took him to Moscow and paraded him on TV as a spy. In Strasbourg, the seat of the European Court of Human Rights, suspected Russian agents abducted and tortured a 68-year old Chechen refugee who had accused Putin of “war crimes in a criminal complaint he had sent to the International Criminal Court (ICC) and to the Kremlin.” Time wrote, “Not since the Cold War have Russian operatives been accused of such violence and intimidation abroad.”

Putin is also ramping up cyberespionage. US intelligence officials suspect Russia in a breach of White House computer systems. Russian hackers have targeted NATO, Mexico and the governments and militaries of Georgia, Poland, Hungary and other Eastern European countries. The Department of Homeland Security said “hackers believed to be sponsored by the Russian government” are responsible for a “destructive ‘Trojan Horse’ malware program [that] has penetrated the software that runs much of the [United States’] critical infrastructure and is poised to cause an economic catastrophe.”

On September 30, Russian chess champion Garry Kasparov said, “Putin is ‘the most dangerous man’ in the world and a bigger threat to the U.S. than the Islamic State.” In his October 24 Valdai conference speech, “one of the most hostile Putin has delivered against the West,” he accused the US of damaging world order and repeatedly emphasized that Russia only wants peace. On November 12, US Ambassador Samantha Power told the United Nations Security Council that Russia “talks of peace, but it keeps fueling war.”

We alerted readers to the high probability of Russian military resurgence when we observed in our 2007 report that “Russia is converting its newfound prosperity into a growing military threat.” That trend has continued and intensified. On March 29, 2013, “six Russian military planes – including four heavy bombers—carried out a simulated missile attack on Stockholm and southern Sweden.” In February 2014, Russia began sending “Tanks, artillery and infantry” into Ukraine in a “stealth invasion” that continued until September. The Russian Federation annexed Crimea in mid-March, and on July 17, Malaysia Airlines Flight 17 was shot down over an area of Ukraine controlled by pro-Russia separatists.…

Continue reading this nine-page report to learn about Russia’s recent developments in offensive nuclear weapons and the public’s escalating fear of a possible a nuclear war between the US and Russia.