[Mood Riffs] That It Should Come To This! 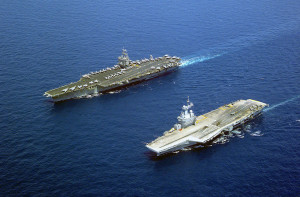 A Russian ambassador recently sent a rotten warning to the political leaders of Denmark: If Denmark joins NATO’s missile defense system, “Danish warships [would effectively] become targets for Russian nuclear missiles.” President Putin even considered nuclear action in the crisis over Crimea. NATO continues to increase its presence in the region. It plans to establish command and control facilities in six countries near Russia’s  sphere of influence by 2016.

Relations between the West and Russia are the most tense since  the Cold War. Learn why.