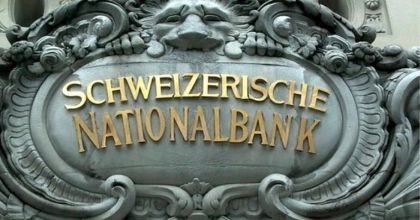 By Brian Whitmer | Excerpted from the February 2015 Socionomist

For the past three years, the Swiss National Bank (SNB) has capped the Swiss franc against the euro. Thus many analysts were shocked when SNB ended that policy in January. But, this turn of events did not surprise Brian Whitmer, editor of Elliott Wave International’s European Financial Forecast. He had actually predicted SNB’s decision in December 2014.

In this article Whitmer explains how the socionomic insight allowed him to see what was unexpected by nearly everyone else.

Read an excerpt of the February 2015 article below.

The Swiss National Bank’s decision to end its euro peg not only sent currency traders scrambling for the exit, it also sent financial journalists running for the thesaurus. “Swiss Franc Shocker,” read a Barron’s headline. “Mayhem erupted,” wrote the Washington Post. “Swiss currency brokers bleed,” reported CNN Money. The announcement “sent shockwaves through equity and currency markets,” (FT, 1/16/15) as traders were “surprised,” experts were “blindsided,” and economists were “amazed that such a stoic central bank could end up abandoning such a long-held policy” (Bloomberg, 1/15/15).

… Many experts have analyzed the SNB’s decision after the fact. But as far as we know, EWI (Elliott Wave International) is the only major forecasting firm that not only predicted that the currency cap would fail but also explained when, why and under what conditions it would collapse. In early September 2011, for instance, four days before officials enacted the peg, The European Financial Forecast (EFF) compared the idea to the failed Bretton Woods system: “Similar to that time, a currency peg today would require a high level of international cooperation that a big bear market simply won’t permit.”

A year later, we explained how social psychology would influence the SNB, stating, “Today’s mood trend remains paramount. It’s waxed positive over the past few years, allowing the SNB to defend the currency cap. When stocks turn back down, however, money will again flee the eurozone and very likely overwhelm the central bank” (EFF, October 2012). …

Read the remainder of the article to learn what signaled Whitmer to predict in December 2014 that “the SNB will abandon its peg” – six weeks before the Bank’s decision.

You can meet Brian and hear his latest research at the 2015 Social Mood Conference. Make plans now to join the brightest minds in social mood research on Saturday, April 11, at the Georgia Tech Hotel and Conference Center in Atlanta. For more information and to register, visit www.socialmoodconference.com.