[Mood Riffs] Stuck In The Middle 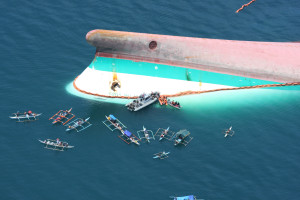 On April 19, a boat carrying nearly one thousand people capsized in the Mediterranean over a hundred miles from Italian shores. A Foreign Policy report states that, “European policy has not only abetted a humanitarian catastrophe, but it is proving incapable of stopping the flow of migrants” The number of migrants traveling through the Mediterranean to Europe so far has increased 30 percent this year over the same period last year. “The Italians say the burden is unfairly put on them; the Germans say the Italians aren’t doing their job; and migrants are caught in the middle.”