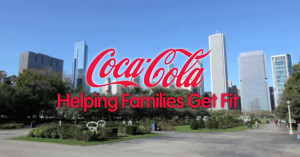 Governments tax it; schools ban it. Across the US, efforts to remove sugary drinks have de-fizzed sugar-sweetened beverage sales. In an attempt to staunch the bleeding, the soda industry is copying a familiar industry playbook used by Big Tobacco: “Cast doubt on the science, discredit critics, invoke nanny statism and attribute obesity to personal irresponsibility.” A new non-profit organization funded by Coca-Cola is producing a media campaign to downplay sugar as primary contributor for obesity and instead suggest we squarely blame sedentary lifestyles. One public health expert said bluntly, “Coca-Cola’s agenda here is very clear: Get these researchers to confuse the science and deflect attention from dietary intake.”

Attitudes about sugar are governed by social mood. To find out more, click here.