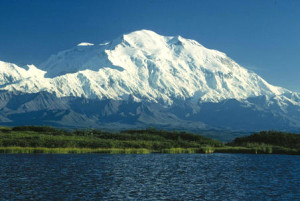 As part of an effort to improve relations between the federal government and Native Americans, President Obama recently announced that North America’s highest peak would revert to its Alaskan Native name: Denali, meaning “the great one.” The government had legislated the name as “Mount McKinley” in 1917, after US President William McKinley.