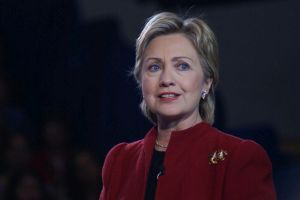 A recent news report says the FBI has “expanded” its investigation of Hillary Clinton, “to look at whether the possible ‘intersection’ of Clinton Foundation work and State Department business may have violated public corruption laws.” (Fox News)

Despite a wave of allegations about her tenure as Secretary of State — including her use of private email, and her role in the Benghazi attack — her credibility seems unscathed. Socionomists suggest that social mood plays a role in Ms. Clinton’s political fortunes.

Read a preview of our study, “Will a Clinton Scandal Ever Stick?”