[Mood Riffs] The Build Up to Cyber War 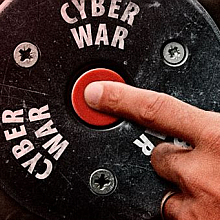 From the leaked emails of former Secretary of State Colin Powell, to the digital theft of medical records of Olympic athletes held by the World Anti-Doping Agency, it’s no secret that cyber attacks are growing in number, intensity and sophistication.

Governments and the private sector are drawing battle plans for a cyber-war. A recent Kaspersky Labs report shows that on average, big businesses lose nearly a million dollars on a single cyber-security incident. Many firms are signing up for hack insurance.

Read “The Order of Battle In Cyberwar: Find A Flaw, Build A Weapon.”