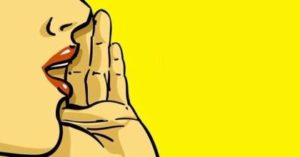 In the Oct. 9 presidential debate Donald Trump was asked how he would help American Muslims “deal with the consequences of being labeled as a threat to the country.” In reply he rebuked political correctness, cited attacks by “radical Islamic terrorists,” and scolded Hillary Clinton for not using the phrase, “radical Islamic terror.”

On Oct. 3 Trump was asked about transgender individuals in the military. He said “Well, we’re going to get away from political correctness, and we are going to have to do that.”

The conventional narrative is that Trump has succeeded despite his rejection of political correctness. In truth, he has in large part succeeded because of it.

If you look closely, you can see patterns in social mood that help you predict social behaviors. To learn more about our flagship publication,
The Socionomist, Click here >>