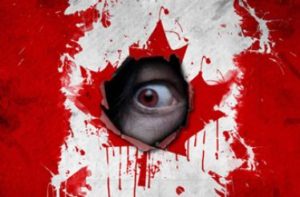 Canadians were shocked by information released in a recent court ruling, which said Canada’s spy agency had been monitoring citizens and journalists, and stored metadata in violation of the law. The Canadian Security Intelligence Service has operated the secret metadata collection program for 10 years.

Our study on surveillance appeared in the May 2014 issue.