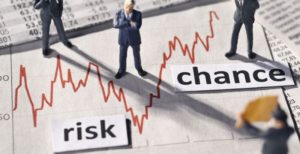 In the wake of the 2007-2009 financial crisis, the Dodd-Frank law passed in 2010. It was the most far-reaching change in U.S. financial regulations since the Depression-era law known as Glass-Steagall.

Yet in one of the first acts of his new administration, President Donald Trump signed an executive order “cutting a lot out of Dodd-Frank.”

“The character of each new investment law reflected the direction of the stock market prior to its enactment …. the laws that are enacted to protect shareholders and investors are often repealed during times of economic strength and stock market euphoria.”

To learn why social mood matters, read “The Timing and Character of Investment Legislation.”

The Socionomist enables you to see trend-shaping waves of social mood, as reflected by the stock market — and capitalize on them. The May issue looks at the careers of singers James Brown and Dolly Parton and at Russia’s growing aggression. Mood Riffs topics include housing, North Korea, the internet and Europe. Read the May issue instantly when you join the growing ranks of Socionomics Members.