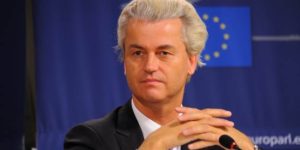 Voters in the Netherlands, France and Germany pick leaders this year. The run-up to the March 15 Dutch general election has seen Geert Wilders’ nationalist Party of Freedom ride a wave of anti-establishment sentiment. Wilders pledges to “de-Islamize” the country and leave the European Union. France votes in late April/early May — polls show that Marine Le Pen of the National Front is a strong contender. Is nationalism the new normal?

Peer across Europe’s history with a new perspective, via the socionomic insight.