[Mood Riffs] A Problem With the News? 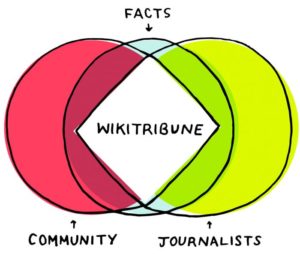 The period leading up to the U.S. Presidential Election in 2016 launched the phrase “Fake News” into widespread use. Advertising-hungry websites publish fake news to feed the political bias of readers thru “click-bait” headlines, false claims and other distortions. Google, Facebook, Twitter and other platforms have developed new tools to fight the rise of fake news. Wikipedia founder Jimmy Wales recently said he is launching “Wikitribune,” a site that will publish news stories written by professional journalists with volunteer fact-checking.

On April 22, tens of thousands of scientists and science supporters world-wide marched for scientific freedom and against what they describe as an “assault on facts.” Aspects of the march itself were as much political as scientific, bringing into question whether attempts to quash fake news will succeed.

Perceptions of what is normal—and even real—are diverging so rapidly now that societies seem almost schizophrenic—as if they are collectively losing their grip on reality.

Learn more about our premier publication, The Socionomist, dedicated to capitalizing on the ubiquitous influence of social mood