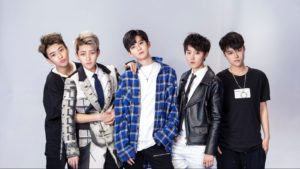 The latest “boy band” ensemble to rock China has already picked up nearly a million followers on Weibo, the Chinese-language counterpart to Twitter. But here’s the catch: The boy band is all girls!

Chinese youth culture is embracing androgynous trendsetters who defy traditional gender norms. As one member of the Acrush band explains:

“[We’re] a girl band. But we look more like beautiful young men, not young girls,”

In the June 2014 issue of The Socionomist, Chuck Thompson explained that negative social mood boosts tolerance of blurred gender identity — including androgynous fashion and transgender individuals.

Read an excerpt of that study to learn more