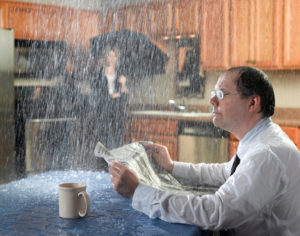 There’s a sense of growing unease in academia: University infrastructure is taking a hit.

“U.S. universities have been putting precious money toward financial aid, academic programs and gleaming buildings that might attract new students—neglecting aging electrical systems and leaky roofs. As a result, schools are staring down a deferred maintenance backlog that has topped $40 billion.” (WSJ)

To add insult to injury, many schools are beginning to miss annual enrollment goals, which have declined each school year since 2011. Meanwhile the annual earnings differential between a high-school graduate vs. a college graduate has been shrinking since 2000. In other words, the cost of college attendance ($1.3 trillion in collective student loan debt) is rising as the financial benefits of a degree are falling.

In his prescient study — published long before the recent spate of coverage regarding higher education’s potential demise — socionomist Alan Hall forecast a massive shift in society’s positive attitude toward higher education and the eventual collapse of the credit-fueled, government-supported education bubble. Hall’s analysis goes beyond linear economics to reveal what’s really behind the problems in universities today.