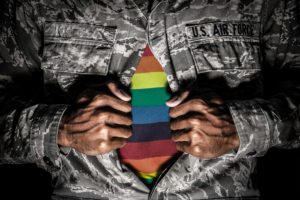 President Trump tweeted in July that transgender troops will be blocked from serving in the U.S. armed forces “in any capacity.” Trump’s plan aimed to reverse an Obama administration policy that paved the way for transgender individuals to serve. The president’s proclamation caught many people off guard, including the Joint Chiefs of Staff and several members of Congress. On Tuesday, Secretary of Defense James Mattis said that the Pentagon will study the issue and offer an implementation plan by February. Until then, trans troops can continue to serve.