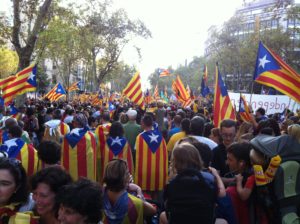 “We want out!” That was the message Catalonia sent to Spain in an October 1 independence referendum, which was marred by a violent police crackdown that injured more than 900 people. The federal government in Madrid claims the vote was illegal, and Spain’s monarch has also condemned it. The following day, fury reigned as tens of thousands of Catalonians protested Madrid’s response and shut down traffic and businesses. The Catalan parliament could formally declare independence soon, setting the stage for more tumult between Catalonia, Spain and the European Union.