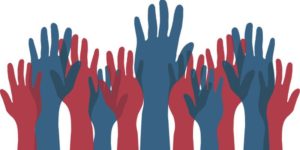 Freedom House’s democracy tracker continued to decline globally for the twelfth year in a row, with the U.S. experiencing its sharpest one-year drop in 2017. A report from Human Rights Watch accused President Trump of displaying “a disturbing fondness for rights-tramping strongmen,” while GOP Senator Jeff Flake spoke before a nearly empty Congress to compare Trump’s press-bashing rhetoric to Soviet dictator Stalin. Meanwhile, the president recently announced the winners for his “2017 Fake News Awards.”

With these developments coming during an elevated social mood, what will democracy look like after the next big negative mood trend?