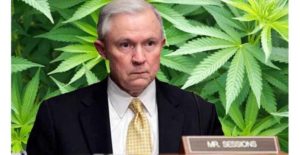 It seemed like the dawn of a new era for the Golden State. On New Year’s Day, the world’s sixth biggest economy joined a rebel roster of U.S. states that have legalized marijuana for recreational use. The most populous U.S. state also established a Bureau of Cannabis Control, further fortifying regulatory acceptance. But then “longtime marijuana foe,” Attorney General Jeff Sessions, rolled back Obama-era guidelines that stopped the federal government from enforcing its anti-marijuana laws.

In this interview from 2016, BEFORE the California vote, socionomist Alan Hall forecast how social mood would arbitrate the battle over marijuana legalization.