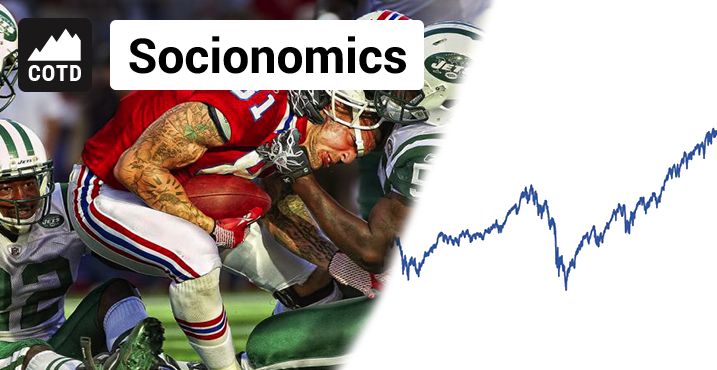 Football season is upon us. From the little dreamers running onto pee-wee fields to the larger-than-life gladiators of the NFL, America’s most popular sport will own much of our attention over the next six months.

Negative attention in recent years, however, has notched a few chinks in the NFL’s armor. The league has become embroiled in controversy over on-field social justice protests, which have elicited a fiery response from the president. Another major thorn in the NFL’s side? Ongoing revelations of a link between head trauma in football and incurable brain disease.

The NFL recently settled a class-action lawsuit by former players – estimated at over $1 billion – and instituted rule changes aimed at reducing concussions. NFL television ratings fell nearly 10 percent last season. And parents are even having second thoughts about letting their children play the sport; participation in tackle football has dropped significantly at the little league and high school levels.

Thompson says the best indicator of a country’s social mood is its stock market. Within months of the October 2002, March 2009 and January 2016 lows in the Dow Jones Industrial Average, scandalous discoveries about football’s link to head injuries, or negative public awareness campaigns devoted to revealing those discoveries, emerged. “The National Football League succumbed to pressure, made historic admissions and then took steps to compensate former players and reduce head-injury risk for current players.”

“If social mood trends negatively, it will likely expose football to more scandalous revelations,” Thompson says. “One area to keep an eye on is football equipment vendors and manufacturers. They could get hit with some big lawsuits.”

To schedule an interview with Thompson, please contact our media relations desk at media@socionomics.net, (470) 892-2049.

About The Socionomics Institute (SI)