Conflict or Cooperation: In North Korea It’s a Matter of Social Mood 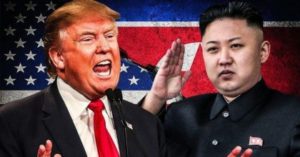 It’s been a year since North Korea offered its southern neighbor an olive branch and started negotiations with United States. President Donald Trump has maintained unyielding optimism towards the prospect of denuclearization and boasted last June that North Korea was “no longer a nuclear threat.” This week, U.S. intelligence officials contradicted that claim as evidence suggests the regime has continued to improve their weapons systems. Will Trump’s second summit with Kim Jong Un in late February help boost relations?