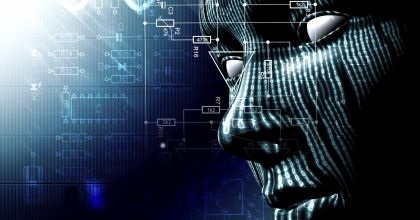 By Alan Hall | Excerpted from the September 2017 Socionomist

Chapter 33 of The Socionomic Theory of Finance says, “Socionomic theory considers aggregate human behavior to be more like complex biological phenomena than like the functioning of a machine or a computer.” This study views the internet in the same light. The internet is a product of human behavior, and, much as social mood regulates the health of humans, it also regulates the “health” of the internet. A large-degree trend toward negative mood will cause illness in human societies as well as cyber-illness in the internet.

The evolution of the internet has much in common with natural evolution. Because socionomic theory integrates biology and social behavior, viewing cyberthreats and cyberdefenses as a form of biology can give us better insights about fluctuations in the future health of the internet.

Elliott waves of human social mood impel fractal oscillation that ultimately produces aggregate robustness by causing individual and societal duress and subsequent adaptation. In other words, negative social mood causes both the stock market and society intermittently to beat themselves up—financially, mentally and physically. No pain, no gain. The internet’s similarities to biological systems suggest that it will follow a similar pattern.

Our previous reports showed that the timing of many of the largest epidemics among humans implies socionomic causality. Negative social mood is the ultimate cause of aggregate declines in health, and it produces many results that themselves become proximate causes for disease, such as macroeconomic and socioeconomic decline, unemployment, diminished public health funding, pervasive pessimism, lax hygiene, hunger, violence and chronic stress, which compromises immune function.

Just as social mood produces advance and retrenchment in biological health, it will produce advance and retrenchment in the “cyber-health” of the internet. So far in its brief history, the internet’s defenses have largely prevailed, and it has remained relatively healthy and functional. But during a major trend toward negative social mood, destructive forces will start winning the battle. Negative social mood will produce illness and epidemics in society as well as cyber illness and shutdowns in the internet.

previous post Conflict or Cooperation: In North Korea It’s a Matter of Social Mood
next post Scandalous Behavior
Back to top
mobile desktop