Game of Thrones – The Last Season 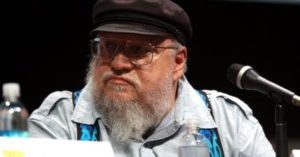 Based on George R.R. Martin’s fantasy novel series, the award-winning show — and HBO’s most-viewed series ever — began in 2011. At that time, The Socionomist postulated that, on the heels of the historic social mood crash in 2007-2009, popularity of boundary-breaking shows such as “Game of Thrones” was a perfect, albeit lagging, reflection of social mood.

The Socionomist enables you to see trend-shaping waves of social mood, as reflected by the stock market — and capitalize on them. The May issue looks at the careers of singers James Brown and Dolly Parton and at Russia’s growing aggression. Mood Riffs topics include housing, North Korea, the internet and Europe. Read the May issue instantly when you join the growing ranks of Socionomics Members.