Russian Aggression Around the World… Why Now? Why Still? 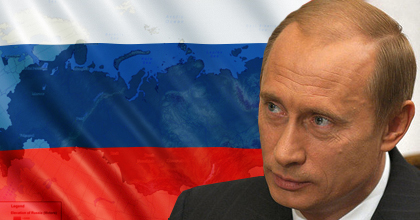 U.S. warplanes intercepted Russian bombers and fighter jets off the coast of Alaska. The two countries are at odds over Russia backing Venezuela’s dictator Nicolas Maduro.

NATO is calling on Russia to withdraw from Crimea. Russia seized Crimea from Ukraine in 2014, which led to a war that has displaced almost two million people and counting. NATO is demanding that Russia release Ukrainian sailors and ships that it seized in November 2018.

The United Kingdom says it has shared with 16 of its NATO allies information on Russian hacking attacks—plus even more nations outside of the alliance. Jeremy Hunt, Britain’s Secretary of State for Foreign Affairs, said Russian intelligence services are “targeting the critical national infrastructure of many countries in order to look for vulnerabilities.”

For one compelling explanation, read Alan Hall’s 2014 analysis, “The World May See an Even Darker Side of Putin.” Hall’s piece has proved prescient.