The Hermit Kingdom Strikes Back 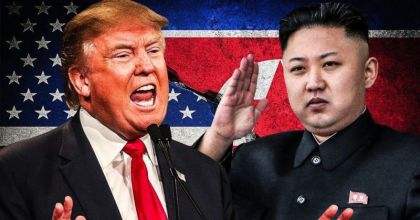 Since he became the leader of North Korea, dictator Kim Jong Un has conducted four nuclear tests and launched more than 80 missiles. Denuclearization talks between North Korea and the U.S. are stalled, and on May 4, the Hermit Kingdom launched multiple projectiles and followed up on May 9 by launching two more missiles.

The incidents were North Korea’s third and fourth military provocations in a one-month period. In late April, a North Korean leader said that if the U.S. didn’t change its policy toward his country, there would be “gloomy and very dangerous” consequences.

Read to discover when North Korea’s greatest seasons of cooperation with other countries tend to occur.

Read “Conflict or Cooperation: In North Korea It’s a Matter of Social Mood.”