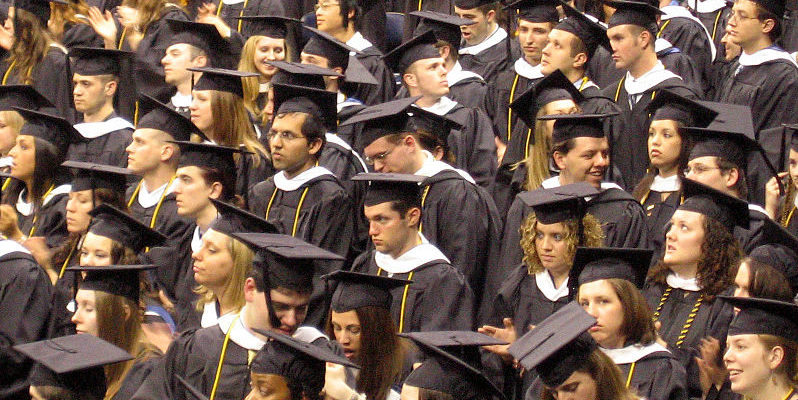 Current news stories tell of PhDs who are graduating from college and can’t find teaching jobs. Meanwhile, universities continue to crank out large numbers of PhDs.

Professors Jason Brennan and Phillip Magness say that administrators and faculty “have perverse selfish incentives to churn out PhDs. (For example, professors in doctoral programs get free grading, higher salaries and more prestige.)”

Clare Viney, chief executive of Vitae, said that 80% of researchers want to become academics, but a lot less do so. “In some disciplines it could be as low as a few percent,” she said.

So, what do universities do with all these PhDs? “The incentives behind PhD programs are wrong,” said Karin Bodewits, who advises PhD students. “At the moment it seems we’re training people because it’s cheap labor.”

In 2011, Alan Hall of the Socionomics Institute noted a correlation between positive social mood and PhDs per capita in the U.S. Hall also noted that in many cases, PhD students served as cheap labor for universities.