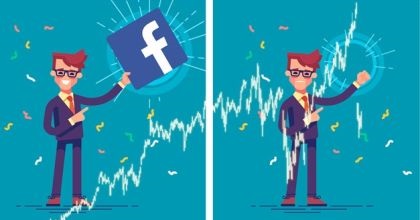 The Federal Trade Commission’s unprecedented $5 billion fine against Facebook is the latest in a string of troubles for the social media giant.

Washington wants more accountability for Facebook, which has suffered privacy issues in the last 18 months, including its failure to tell up to 87 million users that their information had been accessed by a political consulting firm.

In addition, the Justice Department has begun a major antitrust review of Facebook and other Big Tech companies to determine if they engaged in practices that “reduced competition, stifled innovation, or otherwise harmed consumers.”

In a recent Harris Poll on the reputations of well-known companies, Facebook’s reputation dropped 43 points. Meanwhile, the NYSE FANG+ Index, which includes Big Tech companies such as Facebook, Apple, Amazon, Netflix and Google, remains below its June 2018 all-time high.

To learn more about the timing of government crackdowns on companies, read “The Timing and Character of Investment Legislation.”