Why So Many Home Runs? 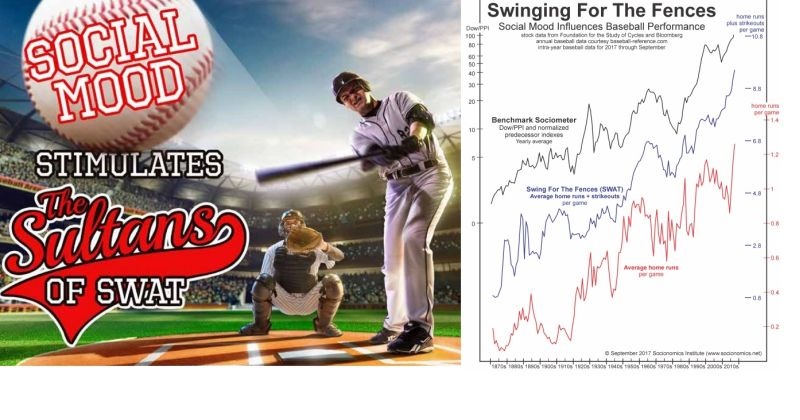 A recent article looks back to the home run chase of the 1998 season, which some credited to steroid abuse in clubs throughout the league. But if the “steroid era” is a thing of the past, what’s driving this year’s home-run surge? The article blames today’s baseballs, which are “behaving far differently than [their] predecessors” and “leading to historic numbers of home runs.”

Socionomists offer a different explanation for this year’s home-run figures. To find out more, read “Social Mood Stimulates the Sultans of Swat”.