Feeling Good About the Future 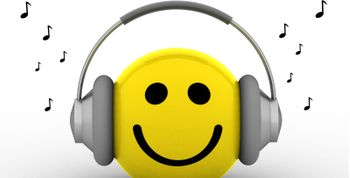 An article in the weekly British magazine The Spectator says we’ve just had the best decade in human history. As an example, author Matt Ridley says humans are becoming more sustainable in the way they use the planet. He alludes to drink cans, which contain 13 grams of aluminum versus 85 grams in 1959.

Another point Ridley makes is that fewer resources are being consumed. He notes that his cell phone replaces a camera, radio, flashlight, compass, map, calendar, watch, CD player, newspaper and a pack of cards. Meanwhile, agricultural productivity is rising so fast that by 2050, it’s estimated an area the size of India will have been released from farming, Ridley says.

He argues that technology has “put us on a path to a cleaner, greener planet” and that someday, nuclear fusion could “deliver energy in minimalist form, using very little fuel and land.” Ridley concludes by predicting that when this century ends, there will be less poverty and child mortality and more tigers, whales, forests and nature reserves.

Socionomists note that such high levels of optimism are manifestations of the current positive mood trend, which pushed U.S. and British markets to new record closes in 2019.

For a socionomic perspective on this trend, watch “Interview with Robert Prechter: Extreme Optimism Has Consequences.”