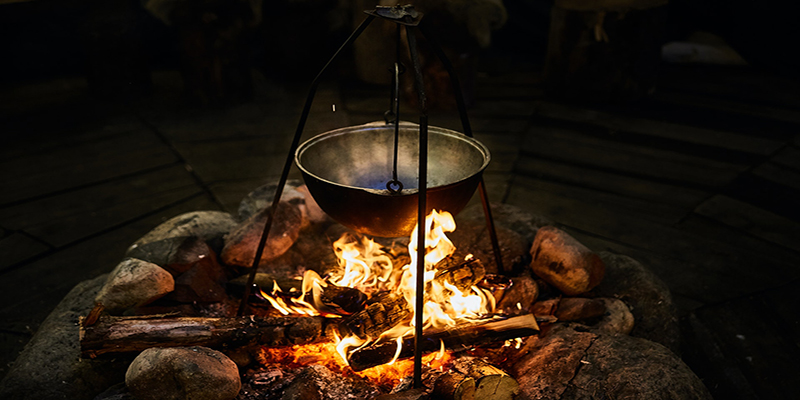 A new board game called “Donner Dinner Party” follows the experiences of 19th century pioneers who turned to cannibalism in order to survive. Members of the Donner Party wagon train left the Midwest in the spring of 1846 and headed for California. An early snowfall left them snowbound during the following winter, when they ate the bodies of fellow travelers who died from starvation and sickness. The goal of the new board game is to collect food or become “tonight’s dinner.”

The October 2009 issue of The Socionomist said negative mood fuels darker entertainment. It pointed to “us versus them” dramas in bear markets and noted that “them” could be anyone–your best friend, spouse, trusted coworker, even yourself. One example is Game of Thrones. The book series A Song of Ice and Fire was a niche hit in the late 1990s but went mainstream in the negative trend that followed the 2000 peak. In 2009, when the stock market bottomed in the Great Recession, HBO filmed a pilot for the series’ adaptation to television.

To learn more about the connection between social mood and entertainment, read “Game of Thrones Feeds Society’s Macabre Appetite“.