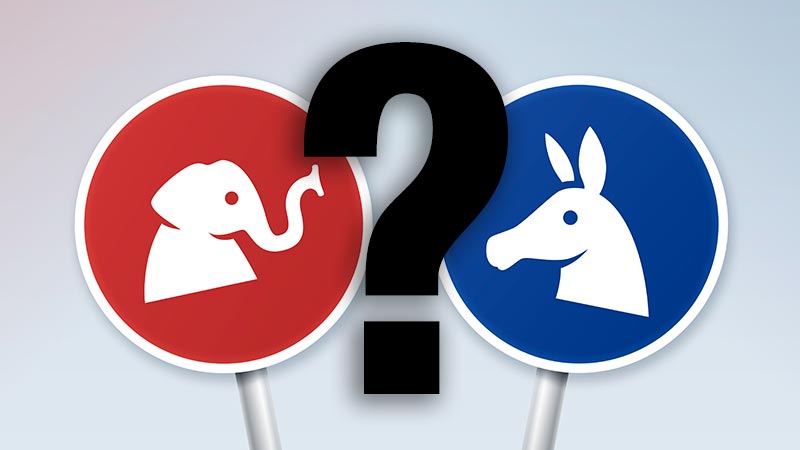 A Bloomberg op-ed begins “For the second time in a row, polling has failed to correctly assess the mood of the nation heading into a U.S. presidential election.” What if you could assess the mood of the nation without polling anyone and forecast the election more accurately than the pollsters? Here’s how we do exactly that at the Socionomics Institute.

Socionomic theory starts from the premise that our mood influences our behavior. At the societal level, that means social mood regulates the tenor and character of social actions. One of our best indicators of social mood is the stock market, as traders can bid stock prices higher and lower nearly instantly in response to changes in mood. We use stock market indexes such as the Dow Jones Industrial Average as leading social mood indicators to forecast trends across society, including trends related to epidemic disease, unrest, pop culture, business, the economy, and yes, elections.

In 2012, we conducted one of the most comprehensive studies of stock market performance and presidential reelections in history. We studied every presidential reelection bid going back to George Washington’s run for a second term in 1792 and found that the three-year net percentage change in the stock market had been a better reelection indicator than GDP, inflation and unemployment, either separately or combined. We think that’s because the stock market is a better indicator of social mood. Based on that analysis, we predicted a win for the incumbent, Barack Obama.

We revisited that work this year and observed that 87% of incumbent presidents had been reelected after the stock market registered an overall net gain of at least 20% in the three years leading up to the election. In this election, a 20% three-year net gain corresponded to a level in the Dow Jones Industrial Average of 28,052.

We next found that when the market recorded an overall net gain less than 20%, incumbents were reelected far less frequently. Of the nine incumbents who sought another term under such conditions, five won while four lost. We noted that while more incumbents had won than lost, that’s as close to a statistical coin flip as you can get.

Because 18th and 19th century stock market data are available only monthly, we standardized our measures in our 2012 study to month-end October. Last Friday, the final trading day of October 2020, we issued an update to subscribers under the headline, “Stock Market History Says the Race Has Entered Coin Flip Territory.” Our message was simple. The Dow’s three-year net gain was 13.4%, a positive net change less than 20% and thus squarely in the range where the incumbent win-loss record was evenly divided. We also issued a press release to that effect, which was picked up by several news outlets.

At the time, calling the election a “toss-up” seemed like it wasn’t much of an outlook at all. But it differed mightily from the polls, which right up until the day of the election had consistently predicted a sweeping win for the challenger. When we awoke on November 4, the outcome was still a toss-up. The polls that projected Biden to win in a landslide had missed the mark.

Election results are only the tip of the iceberg when it comes to political developments you can understand and anticipate with socionomics. Do you want to know when to run for office? And on what message? Or how to tell which policies and movements are likely to gain political traction, when to push for peace or gird for war, how to anticipate the next trend in financial regulation, when to prepare for an outbreak of scandals, or how to diagnose when successful corporations are likely to find themselves under greater government scrutiny?

Follow the social mood trend in the stock market, and you will be on your way to seeing around the corner better than just about anyone else. Start today via the fast steps below.

The new science of socionomics starts with a simple observation: How people FEEL influences how they will BEHAVE.

At the Socionomics Institute, we look at how the whole society is feeling today – so you can anticipate how society will behave tomorrow. Using various indicators, we track social mood in real time across the globe. You’ll see how the changing social mood drives shifts in everything from the songs people want to hear to the leaders they elect; from people’s desire for peace to their hunger for scandals.

This is a rare, awe-inspiring insight. It’s what enables the Institute to help our members stay ahead of new trends that surprise almost everyone else.

Your Thinking Person’s Membership gives you this unrivaled perspective and puts you miles ahead of the herd.

YOUR PATH TO UNLEASHING SOCIONOMICS IN YOUR LIFE

As a premier member, you put to work for you everything the Institute’s socionomists produce the minute we produce it:

THE SOCIONOMIST Magazine
12 issues per year, plus the entire archive ($1200 total value)
The Socionomist is dedicated to helping readers capitalize on social mood. Each month, our analysts show you how social mood is driving trends around the world. They identify upcoming turns and forecast bold new changes that no one else sees coming. Politics, popular culture, disease, family, religion, industry –
MAGAZINE ARCHIVE
Value: $900
You get open access to the entire Socionomist archive (100+ issues!)
they are all powered by social mood; The Socionomist shows you how so you can prepare for what’s ahead. No thinking person should be without this magazine. One-year subscription value: $300. 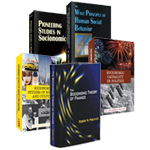 THE SOCIONOMICS BOOK SERIES
5 Online Books
($197 total value)
With hundreds of charts and illustrations, this series introduces socionomics and demonstrates how social mood motivates social events, not the other way around:

THE KITCHEN SINK
($299+ annual value)
You get a well-organized, full library of exclusive content. Plus, you get every new piece of content we release while you’re a member, including any book and DVD in digital format, as soon as it’s released; a virtual seat at any online event we host; a copy of any academic paper we release; and access to any available recording of speeches we make. Includes our Essential Mood Conference showcasing the most useful talk from the first seven years of the Institute’s annual conference.