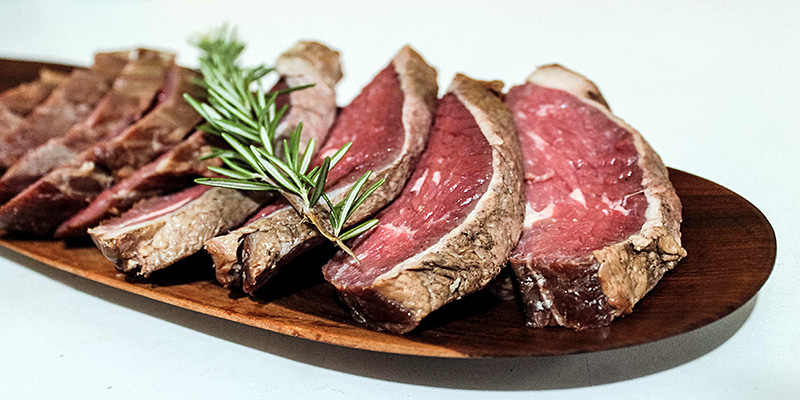 An article in The Atlantic says the amount of meat consumed by the typical American has risen from 120 pounds in the 1970s to more than 140 pounds today. That’s a record 2.5 pounds of meat per week. Suppliers are “rolling out new products” to meet this demand, according to Food Business News.

In addition, demand is leading to substitutes for meat produced in traditional ways. One example is lab-grown meat from a company called Eat Just. Its CEO says his product “moves us closer to a world where the majority of meat we eat will not require tearing down a single forest, displacing a single animal’s habitat or using a single drop of antibiotics.”

Social mood governs meat consumption — a connection revealed by a chart in the March 2013 issue of The Socionomist. It showed that the rise in meat consumption from 1935 to 2004 closely paralleled a large-degree wave in stocks (1932-2000). In addition, this rise reflected the classic five-wave pattern described in Chapter 2 of Elliott Wave Principle. Demand for meat fell at end of the fifth wave, but the chart anticipated another upward trend, which is seen in today’s rising meat consumption.

To view the chart and learn more about the socionomic insight, follow this link to “Elliott Waves in the Meat Mania“.