Not in the Mood for War 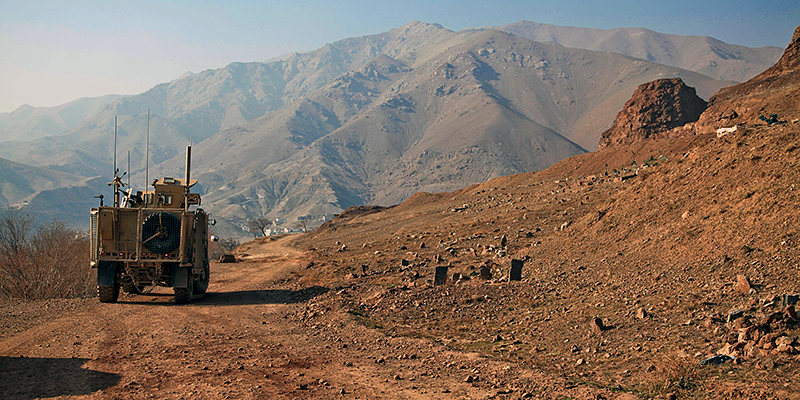 President Biden said recently that the withdrawal of U.S. forces from Afghanistan will conclude August 31. An RT opinion piece said that in recent history, “great powers, with staggering resources and supreme self-confidence” had entered Afghanistan. They included the British Empire, the Soviet Union and the U.S., all of which “failed to subdue one of the poorest countries on earth.” The headline of the piece asked, “so why do outsiders keep trying?”

The August issue of The Socionomist said that like the September 11 attacks that preceded it, the beginning of the U.S. military campaign in Afghanistan was a “manifestation of the trend toward negative mood from 2000-2002.” The U.S. launched airstrikes on Afghanistan in October 2001, and ground troops arrived there one month later.

In an October 2001 speech, President George W. Bush said the war in Afghanistan was “supported by the collective will of the world” and would be won by the “patient accumulation of successes.” He shared a letter from the child of a service member who wrote, “As much as I don’t want my dad to fight, I’m willing to give him to you.”

Contrast these statements with recent remarks from the White House as positively trending social mood continues to push U.S. markets to record highs. President Biden said it is “not in the national interest” of the U.S. to continue fighting the war in Afghanistan indefinitely. In response to those who want to continue the conflict he asked, “How many … thousands more of America’s daughters and sons are you willing to risk? How long would you have them stay?”

Meanwhile, a recent Hill-HarrisX poll shows that 73% of registered U.S. voters support removing U.S. troops from Afghanistan. An article in The Hill said this figure represents a “majority of voters across party lines.”

To learn more about social mood’s influence on countries’ decisions to fight, read “Is the Fog of War Also the Fog of Negative Mood?”