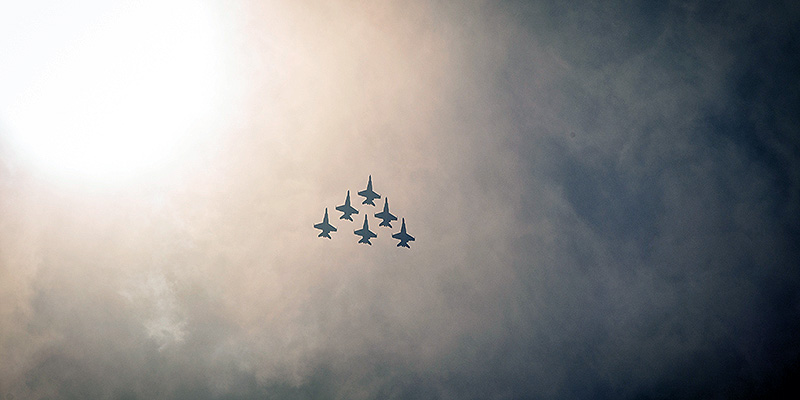 An Associated Press article said China has sent a record number of military flights near Taiwan, an island nation that it claims as its own. Taiwanese defense forces scrambled in response to the flights, raising fears that “any misstep could provoke an unintended escalation,” AP said. Defense analyst Euan Graham said the flights included bombers, fighters and early warning aircraft. “[I]t looks like a strike package,” he added. The Washington Post said the flights come as China faces a challenge from a new defense pact between the U.S., Britain and Australia. In addition, the U.S. promised to support Taiwan in the 2022 Defense Authorization Act. China labeled that promise “playing with fire.” Its aggression is typical of a long-term bear market, as the Shanghai Composite Index continues to trade below the all-time high it established in 2007. For a socionomic perspective on growing hostilities in Asia, read “Tension Growing in South China Sea.”